Intense negotiations with Johan have finally resulted in a world exclusive - this foto essay of Johan's mobile control centre on the road at the Tour de France. Shown below, the cockpit from which Johan provides all his tactical advice to Team Vitesse. 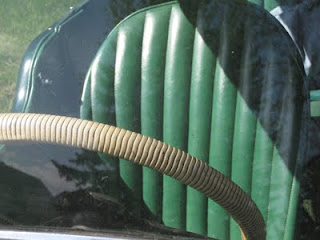 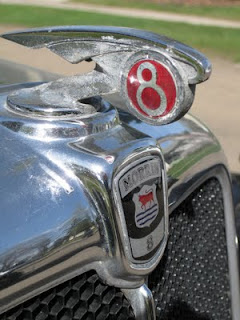 Another view of the sophisticated controls of this high performance support vehicle. The back seat could not be shown due to ongoing negotiations with a new vineyard sponsor that Johan is courting. 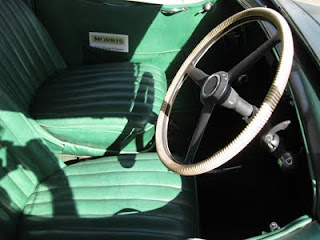 Johan graciously donated this power wagon to Team Vitesse in the full knowledge that it would raise the profile of the team and its sponsor. 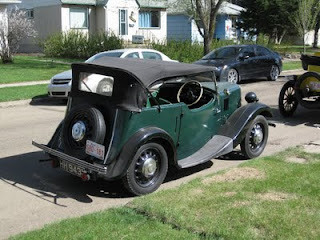 Johan's parting comments reveal the extent of the Team Vitesse ethos, "it is gutless and it works!" Team Vitesse relies completely on the neutral service vehicles during races for parts. Johan provides the motivation and liquid refreshment from behind to wheel of this 1937 Morris 8.
Posted by bowtie bob at 26.5.11 No comments:

HL88 has just announced its new app for droid and other mobile phone platforms. Choosing a rural setting in Mongolia for the announcement, HL88 has once again confounded the pundits with a "must have" application. The new app uses existing consumer interface technology and guarantees significant loss of functionality.
The new "CAFIB Production APP" or "CAFIBPROAPP" will allow the consumer to monitor the Manufactory's incessant production of CAFIBs. Access to inventory levels, raw materials tracking and individual worker output can be tracked during an intermittent 8 hour window of satellite access. Enjoy the shear magnificence of high technological production techniques from the confines of work or home during certain times of the day.
You can now see how your personal CAFIB is made, by whom and when you can expect delivery - all with an app on your personal mobile flotation device. Free trial download is available!
Posted by bowtie bob at 11.5.11 1 comment:

Still stinging from the loss of 2 outstanding grinders, PE3GW has been looking for some payback. Experimentation at the Other Cosmodrome has resulted in an innovative deterrent to grinder theft. Regular rounds at random times have begun with a vicious caged animal patrolling the premises and environs of the Other Cosmodrome. If danger is sensed, the operator simply unloads the creature. Growling, barking and caterwauling most often soften the resolve of would be ruffians. 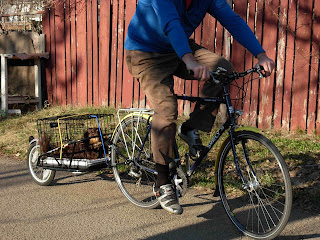 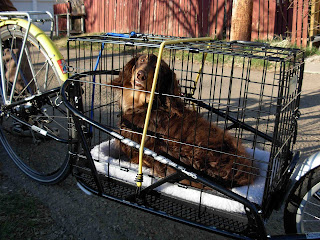 No hacker will breach this security system.
Posted by bowtie bob at 10.5.11 No comments:

Crisis in the Cosmodrome

A Cosmodramatic crisis has rubbed itself raw within the walls of the Other Cosmodrome. PE5GW, a.k.a Pointy Elbow 5 Grinder Wife, has lost a grinder to suspected theft AND has suffered the indignity of grinder motor burnout.
After a legal name change she is henceforth known as PE3GW until these grinders are replaced. Please change all correspondence until further notice. Cut down in their youth, the grinders will be difficult to replace. 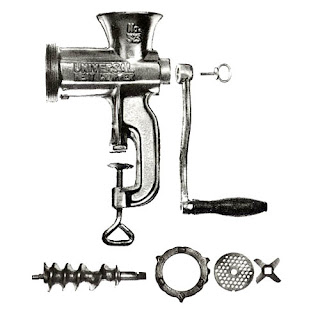 The situation will be rectified before National Grinder Day, celebrated by welders around the world. Johan was uncharacteristically quick to react drooling "Team Vitesse has a grinder inventory? We can use them to shave off seconds the team time trials!"
Posted by bowtie bob at 9.5.11 1 comment:

Heavy Drop - What's in a word?

Labels: Something Ruptured this way comes

Welcome to the first instalment of an education outreach initiative by Team Vitesse. Johan, as part of his court ordered community service, wants Team Vitesse to open the "play book" of professional cycling to educate the seething masses. Page 1 of the playbook is, of course, the Heavy Drop. Despite the fact that Heavy Drop is known, feared and revered the world over, it has been translated into various world languages:
다량 투하
gota pesada
тяжелое падение
重量物投下
schwerer Tropfen
βαριά πτώση
goccia pesante
baisse lourde
Whatever language you speak, Heavy Drop is ubiquitous with high speeds, black holes, veritable maelstroms of fear and Johan's heinous tactics.
Posted by bowtie bob at 3.5.11 No comments:

With another completely ignored spring classics season under their belts, Team Vitesse begins preparations for the Tour. Hard at WORC (Western Oceanographic Research Cosmodrome) Lampo Bianco has dusted off his steed and blown out some lung tar. With the able assistance of Hat Model, LB managed to adjust his shoe cleat after 5 years or incorrect positioning. Johan winced saying, "there goes that excuse!". Knee pain eradicated, Lampo finished the 3km round trip to the donut shop and back to WORC in less than 90 minutes. "The sensations are good. Now I must build my basement" intoned the Lampo.
Meanwhile at the Other Cosmodrome, h2o and Dr. K2nees launched a workman-like attack in honour of International Workers Day. It was the maiden voyage for h2o on his new steed. He found it immensely satisfying wheezing, "The sensations were good. Now I must build my base". The good doctor rode with fenders on the clear dry day insisting "Fenders imply a training ride and hide my lack of fitness". Johan was not fooled however and screeched into the riders' earpieces to go hard or go home.
At one point on the route, h2o and K2 were confronted with remnants of a breakaway. K2 went to the front and pulled h2o up to the 2 escape artists whose backpacks belied their intent on a long unsupported attempt at victory. Team Vitesse quickly dispatched the pretenders. The gap was extended when the hapless saps continued up a dead end while Team Vitesse plowed the fertile furrow home.
Johan expressed his pleasure with his team's efforts blathering "I think Lampo's donut turnaround time can improve on a time trial bike. The other 2 must amp up their trash talk".
Posted by bowtie bob at 2.5.11 No comments: