Barry Hamlin - a name synonymous with great ideas and high quality actionable items. Mr. Hamlin first appeared on these pages in March of 2012 when Happy Lucky 88 Manufactory revealed that he was the mastermind behind the SMEVEC and other wondrous plywoodium products. As some of you might be aware, Barry Hamlin graciously agreed to appear as Famous Person #17 in GOAT AFICIONADO. He recently came back from an 18 month intensive high colonic retreat in a successful effort to "embark to alternative thought schisms". 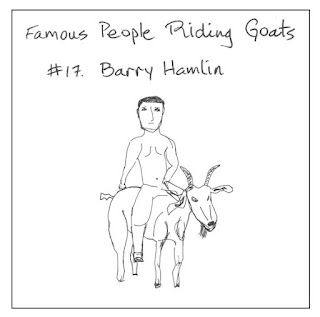 One result of Mr. Hamlin's disruptive sanctuary is the creation of a new revolutionary diet, the SCHEDULED SANDWICH DIET.  On a granular level, the regimen increases mastication efficiencies while reducing volumetrics.  Simply stated, a single half sandwich eaten on the half hour beginning at 0830 hrs until 1130 hrs followed by apple #1 at 1330 hrs and apple #2 at 1430 hrs, will   reduce the negative effects of gravity over a measured time period.

Barry Hamlin is an agile thought leader whose insightful innovations improve all matter from bosons to croutons. We are truly thankful that Mr. Hamlin deigns to share his permutations on nutrition intake with HL88 and its faithful followers.
Posted by bowtie bob at 28.4.17 No comments:

All from one 50 kms road ride.  Good thing I left the good bike at home. 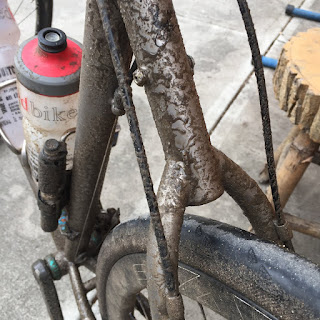 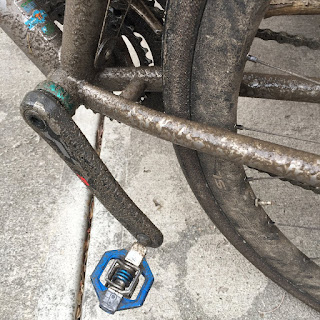 Typical spring road grime from a damp day at latitude 53. 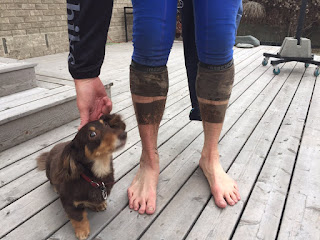 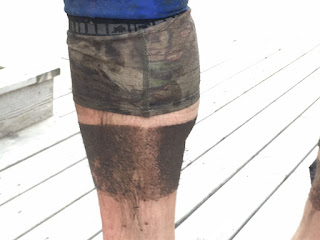