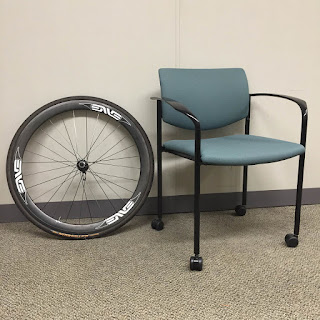 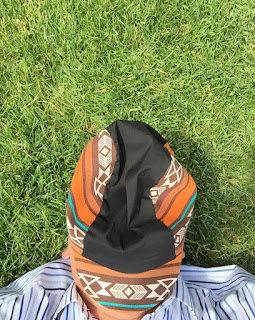 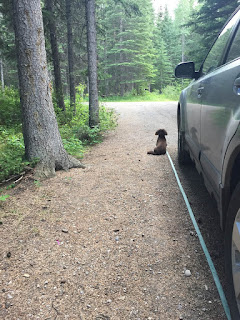 George waiting for the return of his female master.
Posted by bowtie bob at 22.6.15 1 comment: 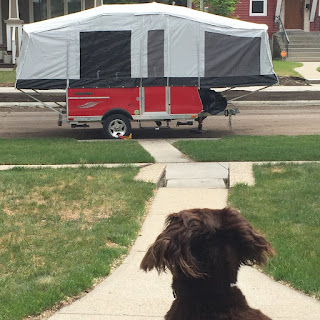 In preparation for HL88's annual altitude training camp, the mobile cosmodrome
sits ready and loaded for launch (it just need to be folded down).
Posted by bowtie bob at 14.6.15 No comments:

Items seen on roadway during 75 km ride east of the city:

Three dollars seems like a super deal to witness an atomic bomb exploding. Who doesn't want to see an atom split to smithereens? 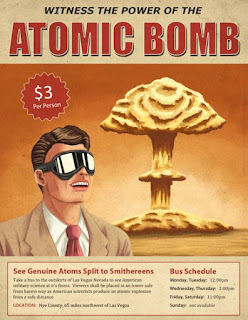 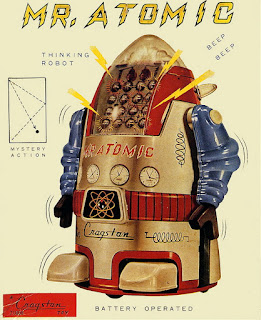 There is absolutely no back talk from Mr. Atomic.  Simply program the type of repair desired and Mr. Atomic will work and think like an automaton.
Posted by bowtie bob at 1.6.15 No comments: