You the faithful reader have come to expect the highest in quality and excellence from Happy Lucky 88 Manufactory. Once again they appear on the verge of delivering AGAIN.
At the recently concluded Eurobike 2010 in Frankfurt, a high ranking official at the HL88 plywood booth announced, off the record, that HL88 has begun development of an interactive video game called "Courier Death Race". Specifics are sketchy but it appears that players will be required to deliver virtual packages by fixed gear bicycles while facing the usual gaming obstacles. 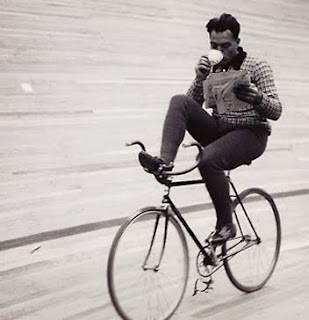 Deliveries take place in very realistic computer settings imitating Delhi, NYC or Smoky Lake. Players must use the "delivery package menu" to choose from divorce documents, a kilo of cocaine, or 1 quart sweet and sour soup. Gamers also have a choice of gear ratio, HL88 Plywood accessories and hat style. Points are awarded for speed of delivery and the integrity of the package upon delivery. To make the game more interesting and engaging, the delivery route will have pop-up plywood barricades, potholes, pedestrian interference, police chases and obstructionist gang related activity. During the delivery, accidents can befall the player ranging in severity from bullet wounds to the game ending "chain-slip-top-tube-berry-crush". The player "refuels" along the route by absorbing sandwiches made of whitefish and plywood.
Official release of Courier Death Race will occur in time for Christmas. Stay tuned!
Posted by bowtie bob at 16.9.10