The Wild Horse campsite, south of Cadomin, was a lovely place until big coal came in and reimagined the valley.  The campsite is a nice place if you face west towards Jasper.  Performing the sun salutation is still possible while gazing at piles of displaced rock and reworked landscape. 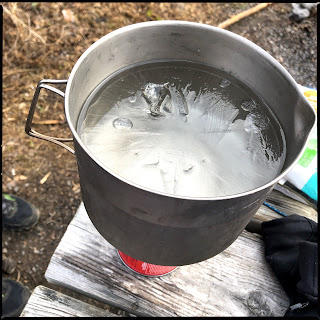 The morning's temp was a brisk -3C 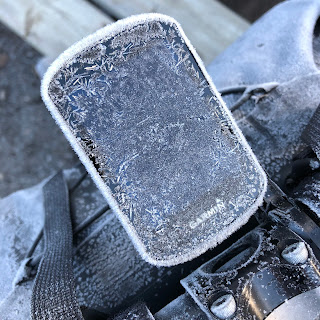 So yeah.  It was cold
My decision to drive the Gary wagon back to Hinton allowed Gary to rip up the road. Both Mark and Gary were unencumbered by camping loads making their bikes delightfully light. The last leg to Hinton from Cadomin is 60 kms with about 47 on pavement.  I had lots of time to document the area. Unfortunately, the 35mm film I brought split in the cold while loading and I was left with ifone photography. 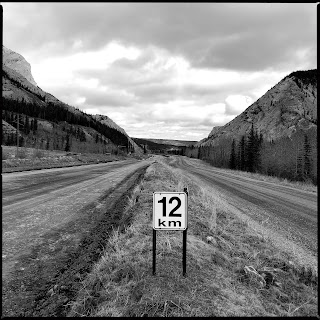 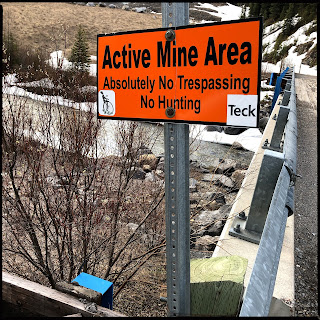 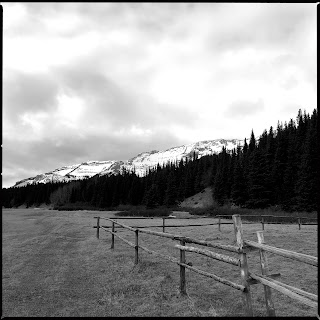 looking south from the edge of Cadomin hamlet
Mark and Gary hit the gas on the exit from Cadomin. The Sunday traffic was minimal as churchgoers must have taken a different route to worship.  We passed Luscar, a mine celebrating its 100th birthday. 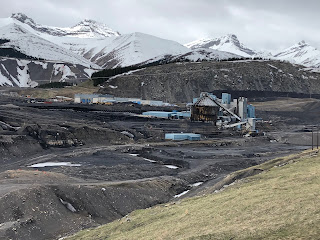 Luscar, AB in all its industrial splendour 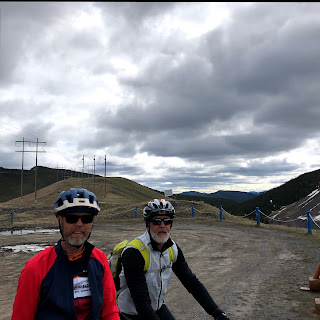 the sky was angry that day but did not open 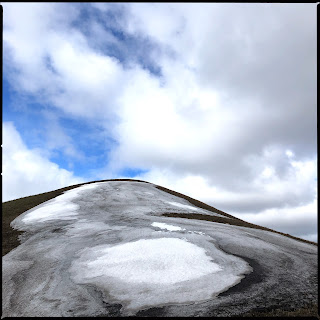 One positive of the tremendous landscaping efforts after coal extraction is that many ungulates find grass to eat on the lovely new hills and in the delicate dales. There was little time for sight seeing however.  The cyclists were highly motivated by the cold temperature and smooth roads. 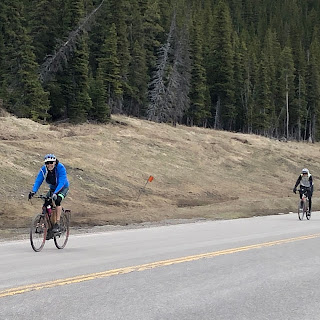 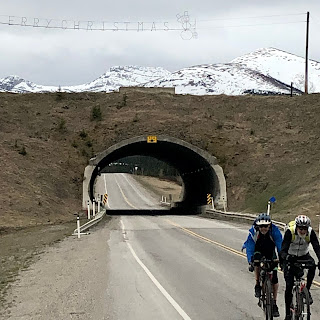 Have an ERRY CHRISTMAS!
And so ended the excursion around the Coal Loop.  An epic pedal failure was salvaged by adopting a Drive & Bike-a-bit regimen.  Gary got some riding between driving to campsites.  I got to rest on day 3 and Mark got most of the pedalling he needed to maintain his training program.  Important lessons were learned and noted: 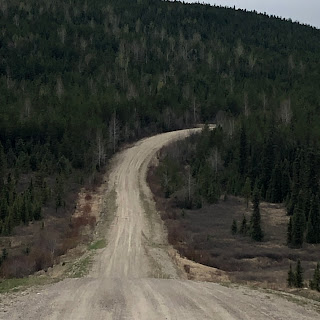 a tempting road not taken
Posted by bowtie bob at 25.6.22

Great reports Bob. Enjoyed the adventure with you and Gary.