Top scientific minds at Happy Lucky 88 Manufactory have convinced the world chemical community that Plywood and its underlying element, Plywoodium, ranks as an element of the periodic table. In fact, it has replaced Radium which has the same atomic weight - 88. 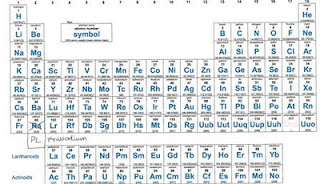 Recently, a liberated Chilean miner brought rocks to the surface to share with his saviours. These rocks are said to contain traces of plywoodium. 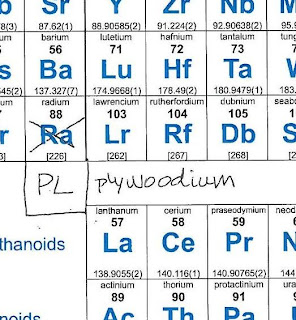 Certain factions of the international scientific community have expressed concern that Radium is a useful element and should not be bumped off the chart. HL88 officials have disarmed these alarmist contrarians by proving to them that Plywood can do just about anything, as evidenced by the incredible success of Team Vitesse.
News of its inclusion as an element has caused a spike in Plywoodium prices at $888.88 per metric ounce.
Posted by bowtie bob at 14.10.10